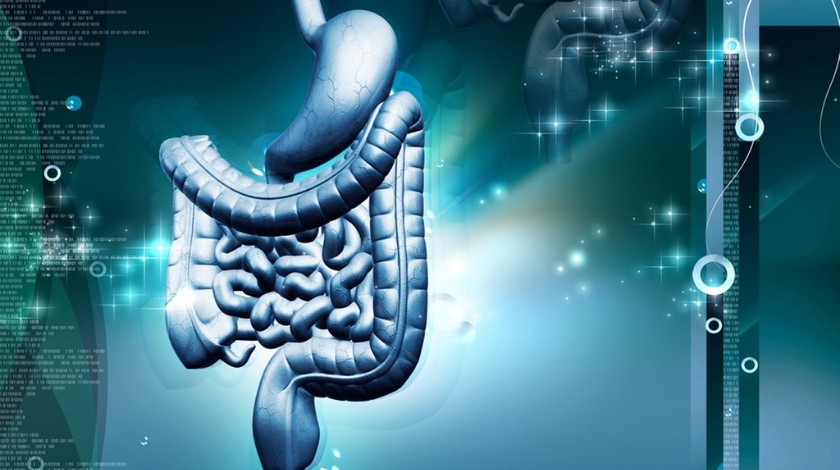 Dr Hafez Halawani talks to Oncology Central regarding  the predictive and prognostic potential of tumor location in metastatic colorectal cancer  – a debate that was perpetuated with the presentation of the Venook et al study at the 2016 ASCO meeting. Read on to discover more about previously established predictive markers in metastatic colorectal cancer, the evidence linking tumor location and survival, and Halawani’s opinion on whether this evidence will ever influence clinical practice.

Could you please introduce yourself and tell us a little about your career to date?

My name is Hafez Halawani; I am a medical oncologist/hematologist by training and I graduated from Tufts University Western campus in 2002. I worked in Alexandria, LA, USA, then moved to King Fahad Specialist Hospital in Dammam, Saudi Arabia, where I was the Chairman of Medical Oncology. I was then appointed as the Acting Director of the Cancer Center. Currently, I am the head of the colorectal oncology group at King Fahad Specialist Hospital – Dammam.

What are the current treatment options & the associated challenges in overall management of metastatic colorectal cancer?

In metastatic colorectal cancer (mCRC), combination chemotherapy with or without biologics – anti-EGFR and anti-VEGF agents – has become the standard practice for patients with good performance status.

At the time of diagnosis, tumors have to be tested for RAS (KRAS and NRAS) mutations to determine whether they would be candidates for anti-EGFR therapy. Patients with RAS wild-type in all loci seem to benefit the most when treated with combination chemotherapy and anti-EGFR agents.

What methods are currently utilized to predict survival in mCRC? Are there any current predictive markers that influence treatment decisions?

One of the most challenging decisions is what therapy to choose for your patient. There are conflicting data in patients with RAS wild-type; while the FIRE-3 and PEAK trials favored chemotherapy and anti-EGFR over chemotherapy and anti-VEGF, a larger trial CALGB-80405 showed no difference.

A more intensive therapy with oxaliplatin, irinotecan, 5-fluorouracil and leucovorin, in addition to anti-VEGF, was shown to be superior to FOLFIRI plus anti-VEGF in an Italian study, so where would that fit in our armamentarium?.

The only prognostic factor in mCRC that is agreed upon is BRAF status, where tumors with mutated BRAF have a worse prognosis regardless of the treatment they get. RAS on the other hand, is known to be predictive, where patients with RAS wild-type receiving chemotherapy with anti-EGFR have a better prognosis than those who receive chemotherapy alone.

As for the genetic classification, in a publication in Nature Medicine, De Sousa et al. subclassified colon cancer into three categories [1]:

As we tried to discover more about colon cancer, location was identified as one of the factors that affected disease management and prognosis, and was easily identifiable, but was never part of stratification data in clinical trials, and therefore data on right or left tumors may not have been collected prospectively.

Could you provide an overview of the main findings of the Venook study presented at the ASCO meeting earlier in the month?

At ASCO 2016, Dr Venook presented CALGB-80405 data on tumor location. Patients with KRAS wild-type mCRC treated with chemotherapy plus cetuximab had worse progression-free survival (PFS) and overall survival (OS) if they had a right-sided primary tumor, compared with patients treated with chemotherapy and bevacizumab: PFS: 7.7 versus 9.5 months (p = 0.002), and OS: 16.4 versus 24.5 months (p = 0.003). There was no difference in response rate or type of chemotherapy backbone.

The abstract conclusion was: “These data support bevacizumab in first-line treatment for mCRC patients with right-sided 1° tumor regardless of KRAS status.”

Has there been any previous evidence that primary tumor location may impact colorectal cancer prognosis?

Data from the FIRE-3 trial showed similar trends, albeit with smaller numbers (n = 394). Patients receiving cetuximab who had left-sided tumors had median OS of 38.3 versus 18.3 months for patients with right-sided tumors (p < 0.00001). In addition, patients receiving bevacizumab who had left-sided primaries had an OS of 28 versus 23 months if they had right-sided primaries (p = 0.038).

In 2001, O’Dwyer et al. reported in an article in the Journal of Clinical Oncology that right-sided tumors were associated with a worse OS (10.9 vs 15.8 months [p < 0.001]) in patients with mCRC treated with different forms of 5-fluorouracil [4].

In 2015, Loupakis et al. reported in the Journal of the National Cancer Institute that the results of three trials (2053 patients) showing left-sided mCRC were associated with a better PFS (HR: 0.52) and a better OS (HR: 0.44) than right-sided tumors [5].

All three trials used combinations of chemotherapy and bevacizumab. This poor outcome for right-sided tumors was independent of BRAF mutation, and mucinous histology. Reporting on the CO.17 trial in the European Journal of Cancer, in 2015, Brulé et al. showed that the combination of cetuximab and best supportive care in third-line treatment of mCRC gave a better PFS only in left-sided tumors (5.4 vs 1.8 months) compared with best supportive care alone [6]. What is even more striking in Dr Venook’s presentation is that a small group of KRAS mutant.

Do you believe that the Venook findings warrant any changes in clinical practice?

To me, this is a hypothesis-generating data, and not proof of concept. Hence, it should not be practice changing.

Could tumor location represent a predictive biomarker in mCRC? Or do you believe focus should remain on the underlying tumor biology?

There are many questions still unanswered on CALGB-80405 which to date, has not been published in script. From the length of treatment, to rates of metastatecomies, to the completion of full KRAS/NRAS testing for the whole group; and the percentage of patients with intact primaries.

It appears that right-sided mCRC is probably prognostic, but not yet predictive.

Many questions float around the decision what treatment to give your next patient with right-sided or, for that matter, left-sided mCRC too.

There has been a substantial and undeniable improvement in OS for patients with mCRC; and it is mainly attributed in large part to the effectiveness of chemotherapy. Therefore, the ideal solution to optimizing our treatment is to run a large trial with different combination of chemotherapy with and without biologics with predetermined stratification to lateralization, KRAS/BRAF, MSI, hypermethylation; and strict central evaluation of response rate with particular attention to early tumor shrinkage and depth of response at preset timelines.

Until that happens, for my future patients with mCRC, I will offer them the best combination of chemotherapy and biologics according to their KRAS/BRAF testing that assures the highest, deepest and earliest response, hoping to convert their metastatic disease into respectable disease if possible.

As tempting as the concept of right versus left mCRC looks as an easy choice of precision medicine, I would say it is only a hypothesis that needs to be confirmed; we did not previously take into consideration when no genetic markers for tumors were available, and we should not take it now.