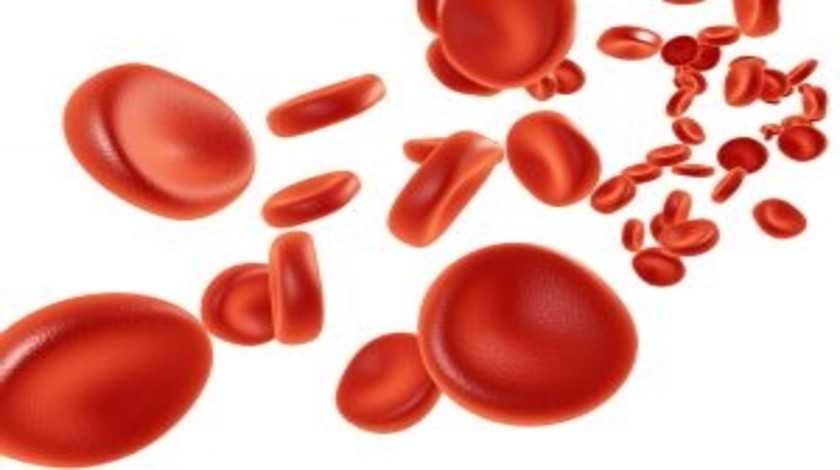 In this Oncology Central opinion piece, Dr Matt Kaiser – ‎Head of Research at the charity Bloodwise – writes on how he thinks blood cancer research had led the way for many medical advances. From the early development of chemotherapy and the uncovering of the inner working of the immune response through to the discovery of cancer stem cells, read more on how research into hematologic malignancies has enabled momentum towards breakthroughs in many other areas of medicine.

Blood cancer research hasn’t just revolutionized the care of patients affected by one of the 137 different blood cancers. Rather, over the years, it has been at the vanguard of many other areas of medicine, and consequently helped to treat vast swathes of people not only with other cancers, but other diseases, too.

So how is it that blood cancer research finds itself at the forefront? Well for a start, the blood cancer arena boasts a long-established and high-quality clinical and research base. Secondly, scientists are often able to access blood cancer cells relatively easily, aiding analysis. And thirdly, the emotional pull of wanting to help children with leukemia has attracted top calibre individuals to work in the field.

For me, there are at least eight areas where blood cancer research has led the way.

Early last century, the idea that cancer could be treated with drugs was controversial. But after doctors noticed the effects of mustard gas on the levels of white blood cells in soldiers exposed during World War I [1], they tested similar compounds on lymphoma patients to try to control the numbers of rogue white blood cells. In the 1960s, doctors started combining different drugs and started to show that a cure might be possible for childhood leukemia and Hodgkin lymphoma.

Today, thanks in large part to chemotherapy, nine in 10 children with acute lymphoblastic leukemia (ALL) will survive for at least 5 years, compared with the one in 10 that survived 50 years ago [2].

As we know, chemotherapy is now a mainstay in the treatment of many cancers, whether to cure the disease, shrink a tumor ahead of surgery or radiotherapy, or reduce the risk of the cancer returning.

Cancer, at its heart, is caused by faulty genes, and knowing the genetic errors driving it helps us design better, more precise treatments.

In 1960, two US scientists in Philadelphia discovered the first genetic abnormality known to cause a cancer. They looked at the chromosomes in chronic myeloid leukemia (CML) cells and found an unusually small chromosome not seen in normal blood cells (later dubbed ‘Philadelphia chromosome’) [3]. Later work discovered that this is caused by two chromosomes breaking and swapping bits of DNA with each other [4]. One of these ‘cut-and-shut’ chromosomes then starts churning out a faulty protein that permanently switches on cell division, causing uncontrolled cell multiplication.

Since then, many more ‘cut-and-shut’ faults have been found in blood and non-blood cancers, as well as hundreds more genetic errors.

The earlier work on chromosomal abnormalities laid the foundations for a new approach to treating cancer.

One type of blood cancer – acute promyelocytic leukemia – develops when immature white blood cells get ‘stuck’ in development [5], leading to a buildup of abnormal blood cells. Scientists in the 80s linked earlier work showing the presence of a ‘cut-and-shut’ chromosome in acute promyelocytic leukemia cells with a faulty hybrid protein that blocks cell division [6]. Trials first in China and then in France demonstrated that a molecule termed all-trans retinoic acid could release this brake and allow normal cell maturation to proceed [7,8]. This was the first, often underappreciated, example that a drug hitting the molecular root of a cancer can lead to successful treatment [9].

Roll on a few years and scientists discovered a molecule that could block the faulty protein made by the Philadelphia chromosome that drives CML cell growth [10]. The drug – imatinib – and its sister drugs have since revolutionized the landscape for CML, turning a disease in which, using harsh drugs, only three in 10 patients had their lives extended to one where over nine in 10 can expect a near-normal lifespan with good quality of life.

It is one of the most effective drugs of its kind, is used in non-blood cancers and is the loudly touted exemplar of this new wave of therapies [11,12].

By the 1980s, researchers were able to detect cancer cells with an unprecedented sensitivity [13]. Many of the early advances with these techniques took place in acute and chronic leukemias, allowing doctors to detect leukemic cells left behind after treatment (‘minimal residual disease’) [14,15].

Starting in 2003, Bloodwise researchers were part of a national clinical trial for children with ALL to identify cancers that responded well to initial treatment. For good responders, this allowed doctors to ease off on the harsh chemotherapy. It could also detect when a cancer was threatening to come back, giving doctors reason to intervene with therapy. The results were impressive – the UKALL 2003 trial delivered an increase in overall survival to over 90%, a reduction in relapses and significantly fewer treatment-related deaths. Far fewer patients required expensive stem cell transplants, and drug and nursing costs were lower. As a result, minimal residual disease testing in ALL was adopted as standard of care by the NHS.

Similar blood-based tests are now being developed for other cancers.

One of the major roles of our blood cells is to form a healthy immune system, and some of our basic understanding of immunity has its roots in blood cancer research.

Jacques Miller, working at what is now The Institute of Cancer Research in London (UK) was studying a leukemia-causing virus in mice in the 1960s [16]. He found a critical role of the thymus in the functioning of the immune response, overturning the prevailing idea that it was a redundant organ. He went on to discover two basic forms of a white blood cell known as a lymphocyte – B cells and T cells – and how they mature in the thymus [17].

Many blood cancers are divided by whether they affect B cells or T cells, so these findings were crucial to our understanding of how these diseases can be treated. The fundamental discoveries of how our immune system works has shed light on how the body protects itself from cancer, possible ways to harness our immunity to treat cancer, and how stem cell transplants can be made safer and more effective. Beyond that, it has transformed our knowledge of diseases of the immune system, such as HIV/AIDS and autoimmune conditions, and helped the management of organ transplants, allergies and infection control.

Some of our most cutting-edge research is designing ways to reprogramme T cells to recognize and home in on rogue cells. If it works, this will unleash the power of the immune system to destroy the cancer in a very precise and long-lasting way.

Monoclonal antibodies (MABs) were first recognized in the blood of myeloma patients [18].

Their subsequent use in diagnosis has had a profound impact on infectious diseases and other disorders [19]. By the 1980s, scientists were generating MABs to detect and diagnose many blood cancers, which redefined the way we categorize these diseases [20,21]. Together with growing knowledge of genetic abnormalities, it set up the blood cancer field as an early adopter of stratifying patients for different treatments based on their molecular profile.

Researchers also quickly realized that MABs had the potential to be a highly selective therapy. Promising results from trials with lymphoma and leukemia patients at the beginning of the 1980s led to the development of similar approaches in a host of other cancers and diseases [22,23].

One of the flagship antibody drugs is rituximab, which was developed in the mid-1990s and has been highly successful in treating certain non-Hodgkin lymphomas [24]. It has since gone on to be used for various autoimmune conditions, such as rheumatoid arthritis and lupus, and has potential to help in chronic fatigue syndrome and organ transplantation [25–27].

In 1964, scientists in London discovered, firstly in Burkitt lymphoma, that a virus can cause cancer [28]. The so-called Epstein-Barr virus has since been found to be associated with other blood and non-blood cancers, and possibly various autoimmune conditions. Since this pioneering work, many more viruses that trigger cancer have been discovered [29]. Vaccinations against some common forms, such as the human papillomavirus that can lead to cervical cancer, have dramatically reduced the incidence of these diseases.

Blood cancer research, especially the breakthrough work on chromosomal abnormalities in leukemia, contributed greatly to the early ideas that populations of cancer cells evolve and diversify as they grow and divide [30,31].

This idea took a twist when, in the mid-1990s, scientists in Canada working on leukemia in mice found a small number of abnormal cells – ‘cancer stem cells’ – which could perpetuate themselves and then seed new populations of cancer cells [32]. The heterogeneity seen in blood cancers could then be the result of variation within the small cancer stem cell population. And it is now understood why some blood cancers can prove so difficult to wipe out completely – cancer stem cells are often resistant to treatment and leaving just a few behind can result in relapse.

Whether heterogeneity involves cancer stem cells or not, it has become a real challenge to realizing the promise of molecularly targeted treatments. As these treatments may hit only a fraction of the total cancer cell population, patients often relapse and the disease becomes insensitive to the therapy. Understanding heterogeneity is crucial to designing drugs that hit faults that all the cancer cells share, and to finding the right combinations of drugs for patients with different biological profiles.

Blood cancer charity Bloodwise has over 50 years’ experience in supporting the world-class research into blood cancers. This has not only inspired real benefit for blood cancer patients, but catalyzed other work that has brought patient benefit across medicine. We are now primed to take advantage of emerging immune therapies, to personalize therapy for individuals and to achieve genuine permanent cures for the majority of patients.

Lessons from history tell us that these benefits will not just be confined to blood cancer patients.

Bloodwise has launched the UK’s biggest ever blood cancer awareness campaign to tackle a crisis in awareness of blood cancers. For more info, visit bloodwise.org.uk

The opinions expressed in this opinion piece are those of the author and do not necessarily reflect the views of Oncology Central or Future Science Group.