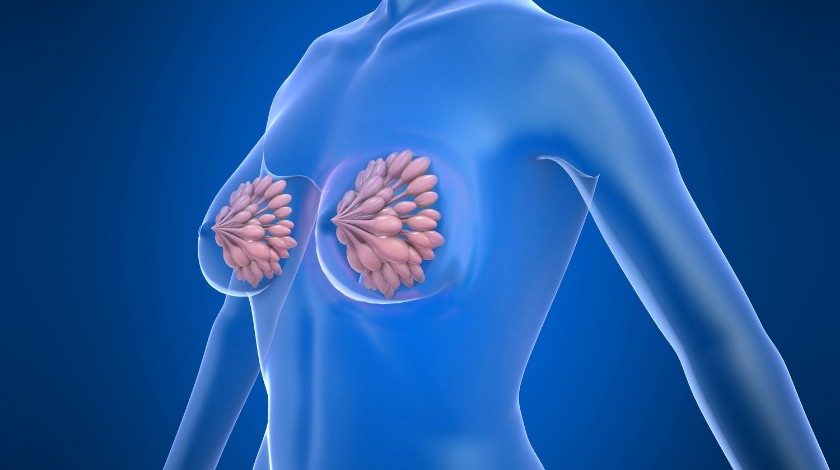 The rollout of more effective and affordable screening programs alongside advancements in treatment options has resulted in declining death rates in breast cancer over the last few decades. Yet, despite this, breast cancer remains the most common type of cancer in women globally: approximately 1.7 million new cases were diagnosed in 2012 and breast cancer continues to rank as the fifth-largest cause of death from cancer overall [1].

In this article we explore the five biggest advancements that have been made in the field over the last year. We’d also love to hear your thoughts; let us know in the comments section below if you agree with our selection, or if you think a different research highlight should have made it into our top 5 list!

A highlight from American Society of Clinical Oncology (ASCO) this year (2–5 June 2017, IL, USA) was the OlympiAD trial data. This Phase III clinical trial compared PARP inhibitor (olaparib) monotherapy with standard therapy in approximately 300 patients with a germline BRCA mutation and HER2–negative metastatic breast cancer. Data from the study demonstrated that olaparib provided a significant benefit over standard therapy, reduced the chance of progression of advanced BRCA-related breast cancer by 42%, and delayed progression by 2.8 months [2, 3].

ASCO President Daniel F Hayes commented on the significance of the findings [3]: “These long-awaited findings show that this new class of treatment can deliver better results for women with BRCA-positive breast cancer. What’s remarkable is that we are now able to not only tailor breast cancer treatment based on the genetic changes in the tumor but also on the inherited factors driving its development.”

Following this promising news, researchers are now exploring whether these PARP inhibitors could also be used in different subsets of breast cancer, such as triple negative breast cancer [4].

Want to find out more about PARP inhibitors?

Pre-pectoral implant-based surgery, which works by placing the implant directly under the skin and over the muscle, has gained popularity due to its more minimal approach compared with traditional breast reconstruction methods. This transition to muscle-sparing reconstruction has demonstrated excellent short-term outcomes; the key advantages being that it avoids animation deformity, helps prevent shoulder dysfunction, and has a lower incidence of capsular contracture. While the initial short-term results are promising, long-term outcomes are yet to be reported and this is an area that will be one to watch over the coming year [5].

A review of postoperative analgesia for breast cancer surgery

Another clinical highlight from this year was the results from the American College of Surgeons Oncology Group ACOSOG Z0011 trial, which questioned the belief that all breast cancer axillary nodes must be removed.

“Axillary lymph node dissection is an effective method of maintaining regional control but it is associated with a significant risk [for] complications such as lymphedema, numbness, axillary web syndrome and decreased upper-extremity range of motion,” first author Armando E. Giuliano from Cedars-Sinai Medical Center (CA, USA) and colleagues wrote.

The findings demonstrated that avoidance of further axillary surgery in sentinel node-positive patients was feasible and did not support routine use of axillary lymph node dissection in this patient population, based on 10-year outcomes.

Despite its controversy, the results from the ACOSOG Z0011 trial had a substantial effect on breast cancer treatment, Edward H Livingston and Hsiao Ching Li, both from University of Texas Southwestern Medical Center (TX, USA), explained in an editorial exploring the trial.

These results have “shattered a century of belief” that physicians must remove all breast cancer-containing axillary lymph nodes, Livingston and Li concluded [7].

Would you like to find out more about axillary surgery?

At this year’s ASCO meeting, data were presented from the MONARCH 2 Phase III trial, which demonstrated that adding abemaciclib to fulvestrant reduced the risk of disease progression or death by 45% versus fulvestrant alone in patients with HR+/HER2- advanced breast cancer who progressed on endocrine therapy.

Later in the year, the US FDA approved abemaciclib for use in combination with fulvestrant in women with HR+/HER2- advanced breast cancer with disease progression following endocrine therapy. This CDK4/6 inhibitor was approved as a monotherapy for patients with HR+/HER2- breast cancer with metastatic disease who have previously received endocrine therapy and chemotherapy [8].

“This study showed that the combination of abemaciclib and fulvestrant is an effective treatment in patients with HR+/HER2- advanced breast cancer who progressed on endocrine therapy. The study showed significant improvements in progression-free survival and response rates compared to fulvestrant alone. This study confirms the strong potential of CDK4/6 inhibitors to improve the efficacy of endocrine therapy in the metastatic setting,” explained clinician Francisco J Esteva from NYU Langone School of Medicine (NY, USA) in a recent interview[9].

“Abemaciclib provides a new targeted treatment option for certain patients with breast cancer who are not responding to treatment, and unlike other drugs in the class, it can be given as a stand-alone treatment to patients who were previously treated with endocrine therapy and chemotherapy,” added Richard Pazdur, Director of the FDA’s Oncology Center of Excellence and acting director of the Office of Hematology and Oncology Products in the FDA’s Center for Drug Evaluation and Research [10].

Data from the APHINITY Phase III trial, presented at ASCO in June and published in the New England Journal of Medicine in July, demonstrated a very small benefit of chemotherapy plus trastuzumab plus placebo versus chemotherapy plus trastuzumab plus pertuzumab as adjuvant therapy alone on risk of recurrence of invasive disease in patients with HER2-positive early breast cancer [11].

Following on from this, the FDA granted a priority review to a supplemental biologics license application for pertuzumab for use in combination with trastuzumab and chemotherapy for the adjuvant treatment of patients with HER2-positive early breast cancer.

Following the supplemental biologics license application, manufacturers of pertuzumab are seeking to convert the accelerated neoadjuvant approval into a full approval [12].

Want to discover more about trastuzumab and pertuzumab? Click below:

Where is the field of breast cancer heading?

The emergence of advances in early diagnosis and more effective treatments have continued to aid the steady increase of long-term survival rates for breast cancer patients and shifted our perception of breast cancer from a life-threatening illness to a chronic condition [13]. The focus going forward  will be to refine our understanding of disease mechanisms in order to further advance drug development and treatment responses. Alongside this, we need to gain a deeper understanding of the individual molecular patterns and aberrations of each patient. This could revolutionize the current stratified treatment approach that is based on the intrinsic subtype groups, to a truly individualized treatment based on specific molecular characteristics of each patient [14].

To find out the latest developments in breast cancer, why not create a FREE Oncology Central account? Not only will you receive all peer-reviewed content from Breast Cancer Management (plus our 7 other journals!), you will also gain access to exclusive interviews, videos with key opinion leaders and breaking news stories.