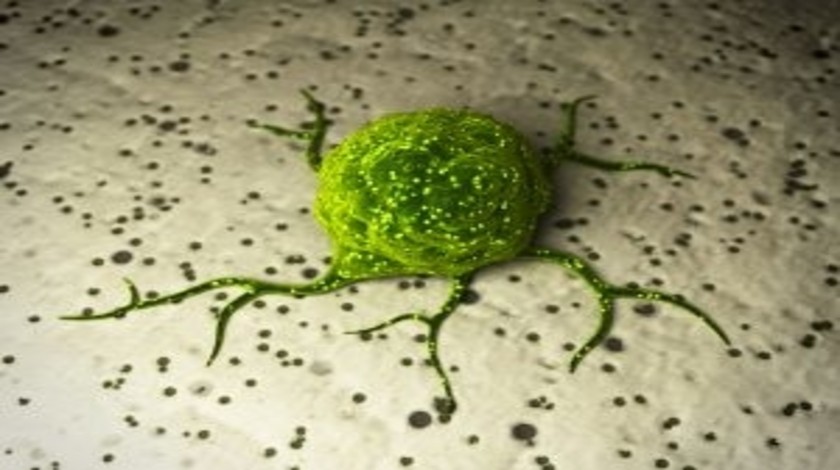 “If a dermatologist can get skin cancer, then anybody can,” said Dr Vivian Bucay, a board-certified dermatologist based in San Antonio (TX, USA). “I think patients find me more relatable in that sense.”

Indeed, no-one would expect a dermatologist to be diagnosed with a stage 3 melanoma, but 10 years ago Bucay was, and it has changed her approach to patient treatment. Her melanoma first manifested as dry skin and white residue around the umbilicus – something that perhaps wouldn’t cause alarm bells to ring, but something that was certainly out of character for her own body. So, she made the decision to perform her own biopsy, just to be sure.

“I truly did not think it was a melanoma, or I would have sent myself to the surgeon for a proper excision, and as it turned out it was a stage 3 melanoma. So I’ve really been on a journey and I actually feel better informed to be able to give my patients advice and recommendations,” she said.

Bucay was enrolled on a clinical trial for ipilimumab when it was found that her cancer had progressed to stage 4 that had metastasized. She’d had an elective lymph node dissection, had been treated with interleukin-2 and continued to work at her practice and take care of her family: “I know what it’s like to feel anxious awaiting test results; I know what it is to be nauseated; and I know what it’s like to have to maintain a practice, a family, continue to work while you’re still trying to get yourself healthy.

“I feel like I can offer more hope to patients, but obviously I don’t have a magic crystal ball that says how somebody is going to turn out, because if we go by statistics, theoretically I shouldn’t be here talking to you today, 10 years out from diagnosis.”

Empowering patients to protect their skin

In her role as a dermatologist, she is dedicated to skin wellness, and while the majority of patients she sees attend for cosmetic treatments, she also encourages her patients to have an annual skin cancer screening. This means that she is often the first to identify a melanoma, and treat those that are more superficial or lower risk in terms of prognosis and likelihood to progress.

Despite this approach to practice, which is reflective of the way in which many US-based dermatologists practice, skin cancer rates continue to increase, which Bucay believes comes down to the need for effective patient education.

“I don’t think it’s just about the need for better methods of protection that’s resulting in this increase we’re seeing” she said. “I think we have a flaw in getting our message out about photoprotection; we need to change our messaging in a way that resonates with younger patients, younger women in particular, who still value a tan, think there is such a thing as a healthy tan and don’t understand that the results of sun exposure or environmental exposure may take years to manifest.

“People have such positive associations of sun and experiences in the sun, like a nice picnic or going to the beach. Exposure and environmental exposure happens on a daily basis and we know now that our flat screens, our laptops, our tablets, our phones – all of those devices are also emitting radiation and light that can also harm us, so protection has to all-encompassing – from the inside-out and the outside-in.

“Of course, there’s also the wellness factor that comes with having a tan – people tend to feel more confident and healthier – so education regarding ‘sunless tanning’ and enhancing skin colour with a non-radiation option is also a viable option.”

A study on interventional-based education in which women who were visiting the beach were approached and given either sunscreen and literature about sun damage or the sunscreen, literature and a sunless tanner found that for at least for the first 3 months behavior improved and decreased tanning and incidences of sunburns were reported [1].

“Unfortunately by 1-year it was back to baseline, but at least we know that an appearance-based intervention is something that might open the pathway in much the same way that education for tobacco use had an impact by talking about aging of the skin being more common in smokers – which seemed to resonate with younger individuals who are more worried about wrinkles than they are about cancer.”

Similarly, an Australia-based study found that when participants were given sunscreen plus the information on how to apply it (i.e. how much, how often), participants were more likely to continue using sunscreen, as well as determining that its use reduces the incidence of photoaging and photodamage [2]. In the US, however, sunscreen is actually highly regulated as an over-the-counter medication.

The future of treatment

“In terms of prevention, I’d really like to see people taking this seriously at a young age – a lot of strides have been made against the tobacco industry with regard to responsibility and getting people to cut down  – smoking in the US has dropped off dramatically in the last 4 years,” Bucay explained. “If we could encourage something similar when it comes to sun protection, then that would be an ideal situation. There just has to be a way to get education out there so that people know they can still enjoy outdoor activities, but limit their risk.”

Bucay believes that part of the problem is the frequency of misinformation that often comes from tanning salons and sunbed providers, which is feeding into peoples’ lack of understanding regarding the damage that any form of radiation-based tanning can do.

“If we could somehow link understanding of the long-term harmful effects of tanning and impart that to someone who’s young and has that sense of immortality, that would be a wish come true and a way to get people to use healthy alternative means.”

She is also confident about the future of melanoma therapy with regard to targeted therapies, combined therapies, and immunotherapies, but would obviously prefer not to have to resort to those treatments.

“When I had my stage 4 melanoma, there was only one FDA-approved drug for stage 4 and it was interleukin-2 immunotherapy, which was first approved for the treatment of metastatic renal cell carcinoma. The problem is, as an immune-modulator it really is an all or nothing treatment; a partial response doesn’t matter,” she said.

“At that time too it only had about a 6% chance of working so if you have a 3% chance of survival and something has a 6% chance of working, you’ll take it anyway. However, since then there have been so many immunotherapies and combination immunotherapies that have come to market for treating advanced disease, which I think has been a really positive change and I think that even if we can’t decrease the incidence of melanoma in much the same way as we’re trying to fight diabetes and other disease, eventually at least it will become something that people can live with and that we can control.”

San Antonio is home to Dr Vivian Bucay, M.D., her husband Moises Bucay, a cardiologist and their three daughters. Dr Bucay is  recognized nationally for her expertise in minimally invasive facial rejuvenation through the combined use of neuromodulators, injectable dermal fillers, and skin resurfacing. Considered to be one of the pre-eminent dermatologists in the country, Dr Bucay’s credentials span a wide scope of biomedical research, patient care, and medical education.Licensed in both the United States and Mexico, she is a Phi Beta Kappa graduate of the Johns Hopkins University, completing her undergraduate studies in 1983 while serving as a research assistant at the Johns Hopkins Oncology Center. She earned her MD in 1987 from Houston-based Baylor College of Medicine. After completing an internship in pediatrics in 1988, Dr Bucay began a residency in dermatology at The University of Miami School of Medicine which she then completed at Baylor College of Medicine in 1991.

Certified by the American Board of Dermatology, Dr Bucay serves as a Clinical Assistant Professor in the Department of Physician Assistant Studies of the UT Health Science Center San Antonio. Dr Bucay serves as faculty on several continuing medical educational initiatives in the USA. She is sought for speaking engagements and has been featured as a keynote speaker across the globe on a wide scope of topics ranging from innovations in facial aesthetics to neuromodulators to cancer survival.