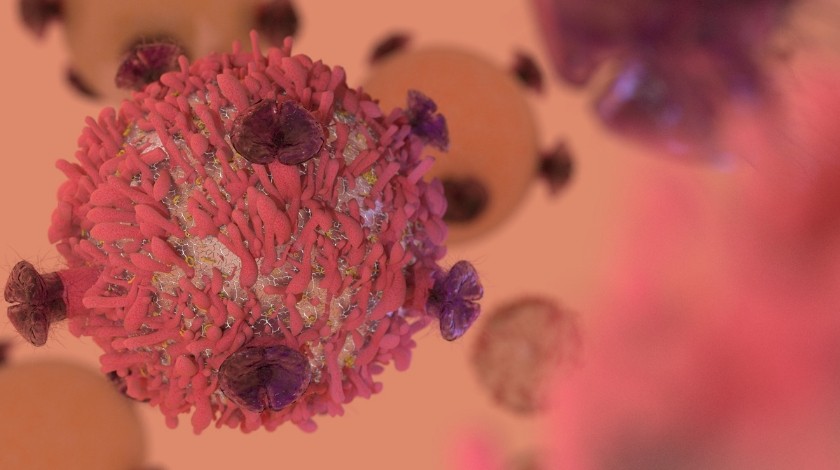 The human papillomavirus (HPV) has been extremely common historically: prior to the era of vaccination, an estimated four out of five people acquired HPV – the leading cause of cervical cancer and genital warts – at some point in their life. HPV is also linked to the development of other cancers of the anogenital tract and head and neck cancers, in both females and males.

Australia is a leader in cervical cancer prevention – we can be proud to be at the forefront of HPV research, especially as the country is preparing to implement a new HPV-based national cervical screening program in late 2017.

In 2017, every woman in Australia aged 37 years and younger is already better protected against HPV than ever before – this is a huge milestone and a truly remarkable feat. But how did we get to this point? It took many decades of dedicated research and scientific collaboration and the HPV vaccine is at the centre of this success story.

University of Queensland (Australia) researcher and 2006 Australian of the year Professor Ian Frazer first started developing a vaccine for HPV in the 1990s, along with his colleague, the late Dr Jian Zhou.

In 2007, Australia became the first country that rolled out a national HPV vaccination program. In 2013, the Australian government extended the vaccination program to include teenage boys. Globally, at well over 75 countries have now implemented national programs, with 47 million females fully vaccinated by 2014.

The impact of the HPV vaccine

In the decade since its introduction, the HPV vaccine has significantly lowered the risk of HPV-related cancers for many thousands of women around the world, with over 200 million doses distributed in 130 countries to date.

In girls and young women aged 9–26, the first-generation vaccines have been proven to protect against two types of HPV that cause about 70%of cervical cancers (if women have not already been exposed to these types), and one of the available vaccines also protects against two more types that cause about 90% of genital warts. The vaccine also protects against about 70% of vaginal cancer cases and up to 50% of vulvar cancer cases.

Just to give you an idea of the impact the vaccine has had in Australia – after the program started, we have seen a 77% decrease in the proportion  of 18-24-year-old women who carried HPV (for the HPV types covered by the vaccine). Precancerous abnormalities have also decreased – by 34%in 20–24 year-olds, which means this group will be at a much lower lifetime risk of ever developing cervical cancer. There has also been a marked decline in anogenital warts in women in their early 20s and a concomitant decline in the rates of genital warts in young heterosexual men, due to the lower rates in their female partners, with this decline occurring even before males were included in the vaccination program.

However, these successes have so far been uneven: while one third of girls in high income countries have received the full vaccine course, less than 3% of girls in poorer countries are so far protected. These are the countries in greatest need.

GAVI, the Global Vaccine Alliance, is working to change this. One million girls in the poorest countries have so far been vaccinated with GAVI support and GAVI’s Strategic Demand Forecast anticipates reaching 33 million girls in 40 countries by 2020.

GAVI’s vision is backed by evidence. Recent analysis suggests that HPV vaccination is likely to be highly cost-effective in almost every country in the world.  These calculations are conservative because at the time they were performed they assumed 3 dose schedules. More recently, the World Health Organisation (WHO) has supported reduced dose HPV vaccination schedules, which will greatly enhance both delivery feasibility and cost-effectiveness. This is truly a transformational moment for the health of women and girls across the world.

Looking ahead, a number of high resource countries are now in transition to primary HPV screening, which will not only be more effective than traditional cytology but save costs because better protection is achieved even in the context of relatively long screening intervals of 5 years or more. This is a win-win scenario for women, providers and government.

HPV screening has a critical role in low income settings as well, as the technology becomes progressively more affordable and practical. In 2016, the American Society of Clinical Oncology issued resource-stratified, evidence-based recommendations for the secondary prevention of cervical cancer globally, recommending that HPV screening is used even in women in low resource settings. Just a few HPV screens in a lifetime, which may involve self-collection in some settings, can reduce a woman’s lifetime risk of cervical cancer by up to a half.

In Australia, this switch to HPV-based screening, combined with the potential introduction of a next-generation vaccine, is set to make cervical cancer prevention even more effective.

In 2017, the Australian national screening program will be renewed. Key changes include a new test (the screen will no longer look for abnormal cells as the Pap test did, but instead detect HPV infections directly at the molecular level), a change in interval, from 2–5yearly testing, and a change in starting age, with the first test at age 25, rather than at age 18–20 years.

The new program is estimated to lower cervical cancer incidence and mortality by at least 18–20% – thanks to the more accurate, effective and safer test.

Exciting Australian research will look at how this new system compares with previous screening: Compass is the first ever large-scale clinical trial to assess screening tests in a population of women who have received the HPV vaccine. Cancer Council NSW conducts the trial in partnership with the Victorian Cytology Service and it will provide a wealth of evidence to inform the implementation of the new screening program.

The good news doesn’t stop here – a new, next-generation HPV vaccine has recently become available and has been approved for use in the USA and Europe. In Australia, the new vaccine is under review towards potential inclusion on the National Immunisation Schedule.

Our study found that the switch to HPV screening alone reduces someone’s lifetime risk of cervical cancer by at least 18–20%, compared to the current Pap test program – even if they’re not vaccinated.

Australia will thus have one of the most effective and integrated approaches to cervical cancer prevention in the world. The next-generation vaccine – combined with the renewed screening program that comes into place in 2017 – will help us save even more lives. 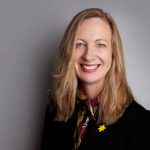 Karen Canfell is an experienced epidemiologist and large scale simulation modeller with a focus on evaluation and translation of new strategies for cancer control.

She is Director of the Cancer Research Division, Cancer Council NSW and Adjunct Professor, School of Public Health, University of Sydney (Australia). She holds a D.Phil. (PhD) in epidemiology from the University of Oxford (UK) and has been awarded Level 1& 2 NHMRC Career Development Fellowships and a Cancer Institute NSW Fellowship (highest-ranked applicant 2015; relinquished after taking up current role). In 2015 she received the National Research Excellence Award for the highest-ranked Career Development Fellowship in Population Health and was nominated as one of ‘100 Women of Influence’ in the Westpac/Australian Financial Review awards. CI Canfell’s research team provides policy-makers with an evidence base for decision-making in cancer control. Over 10 specific national-level policy decisions in Australia, England and NZ have been based on her work. For example, she led the evaluation for the Renewal of the National Cervical Screening Program in Australia; this resulted in major changes to Australia’s 25-year-old screening program which in 2017 will transition from Pap smears to HPV testing. She also established Compass, the first trial internationally of cervical screening conducted in a population offered HPV vaccination. Canfell is co-PI of a new international cooperative research grant from the US NIH National Cancer Institute, CISNET-Cervix. She has led 5 NHMRC project grants as CIA (3 current) and is a CI on 2 other NHMRC projects and several other competitive grants. user’)