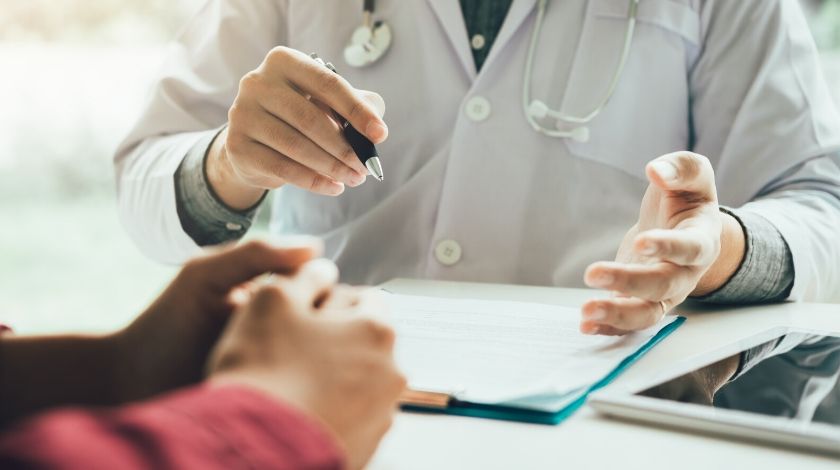 A recent survey has demonstrated that, despite an excellent prognosis, thyroid cancer patients experience a significant degree of cancer-related worry. The survey found that physicians often poorly communicate a relatively positive thyroid cancer prognosis, compared to other cancers, adding to patients’ concerns.

Recently published in the Journal of the Endocrine Society, the research has shown that thyroid cancer patients experience a significant degree of worry over their prognosis, despite much higher chances of survival compared to other cancers. Physicians were asked to rate their patients’ concern over their diagnosis and how they attempted to alleviate this concern.

The team, based in the University of Michigan in Ann Arbor (MI, USA), used the Surveillance, Epidemiology and End Results (SEER) registry to identify patients with differentiated thyroid cancer and their attending physicians. A large retrospective survey was then conducted between 2018–2019 to ascertain patients’ worry over their diagnosis and how their clinicians responded.

“We found that physicians use different strategies to address this worry, with around half of them telling their patients that thyroid cancer is a ‘good cancer’,” commented lead author Maria Papaleontiou (University of Michigan). “Although treating physicians are likely trying to emphasize optimistic outcomes, no evidence currently exists to support the notion that telling patients they have a ‘good cancer’ is helpful.”

Worry and concern following a new diagnosis of cancer is understandably common; however, thyroid cancer has one of the best prognoses, with a five-year survival rate of 98%. Despite this, 65% of physicians reported that their patients were ‘very worried’ or ‘quite worried’, with a further 27% reporting a medium level of concern.

To view the full article, please register now for access