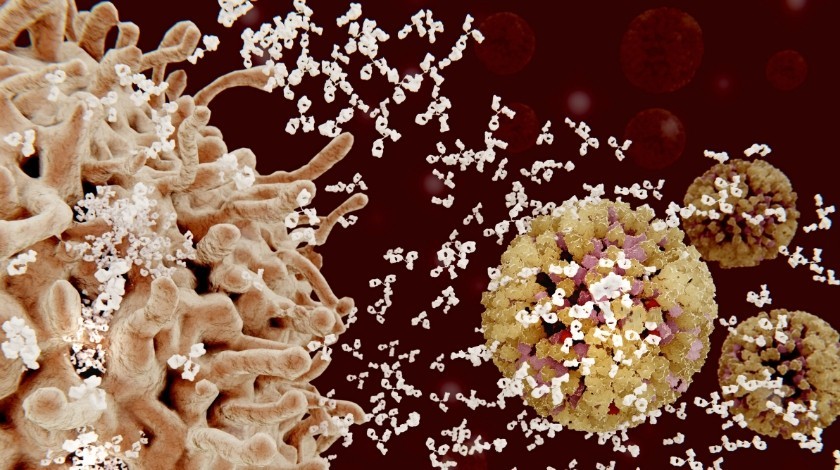 Plinabulin is a novel immuno-oncology agent, which is in late-stage clinical trials for the treatment of chemotherapy-induced neutropenia (CIN) and advanced non-small-cell lung cancer (NSCLC). In this interview we speak with Ramon Mohanlal, Executive Vice President and Chief Medical Officer of BeyondSpring Inc. (NASDAQ: BYSI), to find out more about the company’s lead oncology asset as well as other potential indications and the growing Chinese pharmaceutical market.

I am an MD with a PhD in pharmacology, and later earned an MBA. I have experience in big pharma, as well as with mid-size and early-stage companies. I built my career in the therapeutic areas of immunology and oncology, at a time when these fields were still separated, but as we know, these therapeutic areas are now intertwined. I started my pharmaceutical career at GlaxoWellcome (GSK) in the UK, and came to the USA almost 20 years ago, where I worked for Pharmacia (Pfizer), Vertex Pharmaceuticals, Interleukin Genetics, Syntium Pharmaceuticals and several start-ups. My previous positions before joining BeyondSpring were as Clinical Head of Established Products Oncology at Novartis, followed by a brief spell as a consultant to AstraZeneca’s PD-L1 program. I came to BeyondSpring as the first employee about 3 years ago, and together with our inspirational CEO, Dr. Lan Huang, we took the company public last year. We have advanced our lead asset, Plinabulin, with two global Phase III programs—one in CIN and another program in NSCLC—and have grown the company to approximately 50 people during this time.

We have a strong presence in China, both from an operational perspective and in terms of having access to the China Food and Drug Administration (CFDA). We have a Phase 3 Clinical Trial Application (CTA) with Plinabulin in China that makes us eligible for faster approval for the China market. In addition, CFDA regulations have changed to allow faster approval of drugs in China. Drugs that address an unmet medical need in China can potentially receive conditional approval based on positive interim analysis data, with approval contingent upon the completion of the clinical trials. This is significant for BeyondSpring because we can enter the Chinese market much sooner than expected. We expect interim analysis data for CIN in the fourth quarter of this year and in early 2019 for the NSCLC indication. We then plan to submit New Drug Applications (NDA) to CFDA in late 2018 or early 2019 for CIN and in the first half of 2019 for NSCLC, with submissions to the US FDA in the second half of 2019 and in 2020, assuming positive data.

Plinabulin is a small molecule derived from a marine fermentation product (phenylahistin). In addition to direct cytotoxic effects leading to tumor cell death, studies of Plinabulin’s mechanism of action indicate that after tubulin binding, Plinabulin activates GEF-H1, a guanine nucleotide exchange factor. GEF-H1 affects downstream molecular pathways leading to increased dendritic cell maturation and antigen induced T-cell activation. With regard to CIN, pre-clinical testing indicates that Plinabulin reverses a chemotherapy-induced-block in the differentiation of bone marrow cells into neutrophils, allowing for the prevention of grade 4 neutropenia, the most severe form of neutropenia. In addition, Plinabulin facilitates neutrophil demargination, allowing for an increased bioavailability of neutrophils.

Study 103 is a Phase III, single-blinded study of Plinabulin in combination with docetaxel in patients with non-squamous or squamous NSCLC who have progressed after treatment with one or two non-docetaxel-containing systemic treatment regimen(s) for advanced or metastatic disease and with at least one measurable lung lesion. Eligible patients may have also failed prior immunotherapy with a PD-1/PD-L1 inhibitor. We include EGFR wild type patients, who make up 85%of the NCSLC market yet face severely unmet medical needs (median overall survival of 6–8 months). Only four treatments are approved for this indication, with limited therapeutic index. With PD-1 moving into the first-line treatment, only three remaining therapeutic options exist for second-line, third-line or later treatment line options.

The primary objective of the study is to compare the overall survival of NSCLC patients receiving second- or third-line systemic therapy with docetaxel + Plinabulin (DP Arm) to patients treated with docetaxel + placebo (D5W) (D Arm) for advanced or metastatic disease.

The target patient population are patients with advanced or metastatic NSCLC with at least one measurable lung lesion, and with the patient having progressed after treatment with one or two prior non-docetaxel-containing systemic therapy regimen(s). The patient must have received a platinum-based regimen in first-line or second-line prior to entering this study. The first or second line can be immunotherapy with a PD‑1/PD‑L1 checkpoint.

The opportunity as we see is that there are only few options available to patients as late-line treatment. Globally, there are expected to be about 2.1 million lung cancer diagnoses in 2018, and 87% of those are NSCLC. The increasing incidence of NSCLC and the use of premium-priced checkpoint inhibitor therapies, particularly in the first-line setting, are the major drivers of growth and market need in this space.

The treatments currently available have a modest survival benefit -typically focused on adding a few months to overall survival times – but often at the expense of safety (increased toxicity), tolerability and Quality of Life. By adding Plinabulin to docetaxel, there is opportunity for improved safety, tolerability and patient quality of life, marked reduced toxicity and significant improvement in overall survival. For example, we expect to see less neutropenia, asthenia, dyspnoea and fatigue. We believe the Plinabulin/docetaxel combination could fill an important void as a second-line, third-line or later treatment option for patients with NSCLC.

Our Phase II data showed a benefit with Plinabulin for grade 4 neutropenia induced by docetaxel. The grade 4 frequency with docetaxel alone was 33% and by adding Plinabulin to docetaxel, this was reduced to <5%. The neutropenia benefit with Plinabulin also prevented clinical sequelae due to neutropenia, such as serious infections, sepsis, and the need for docetaxel dose reduction, delay or discontinuation. Due to the magnitude of this effect, we took this discussion to the US FDA, who was in agreement with our plans to initiate a registrational program for the CIN indication. We have now initiated several Phase II/III studies to evaluate Plinabulin’s efficacy to prevent CIN with a number of chemotherapies and in a number of cancer types. Prospective data presented at ASCO 8(ASCO, 1–5 June 2018, IL, USA), from the Phase II portion of the Phase II/III trial BPI-2358-105 showed that Plinabulin was at least as effective as the market leader Neulasta® (pegfilgrastim) against grade 4 (severe) neutropenia.

However, Plinabulin has demonstrated important advantages over Neulasta:

Plinabulin is, just as Neulasta, a single dose-per-cycle treatment option to prevent neutropenia induced by docetaxel chemotherapy. We now also will present data at IASLC 2018/ 19th World Conference on Lung Cancer (23–25 September 2018, Toronto, Canada) that Plinabulin prevents docetaxel-induced thrombocytopenia, which is not seen with Pegfilgrastim. We believe Plinabulin represents a therapeutic agent with potentially a superior product profile compared with Neulasta. Studies are underway to demonstrate Plinabulin’s neutropenia prevention effect against a number of chemotherapies and a number of cancer types.

Plinabulin has also immune-enhancing effects and can potentially prevent immune-related adverse events induced by immuno-oncology therapy. Thus, Plinabulin has a unique profile as a potential immune-enhancing agent, while also exhibiting inflammation-inhibiting effects. We expect to soon initiate a broad triple therapy program, combining Plinabulin with a PD1-inhibitor and CTLA4-Inhibitor, as well as a combination of Plinabulin with a PD1-inhibitor and chemotherapy. With Plinabulin’s unique mechanism of action and very encouraging results to date, we believe Plinabulin could also have broad applicability in prevention of neutropenia and look forward to opportunities to expand Plinabulin’s product profile.