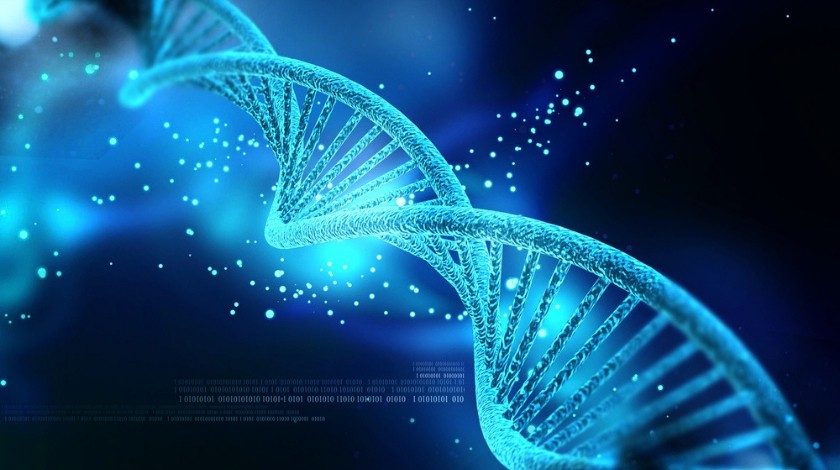 Professor Dame Sally Davies’s eighth independent report to government as Chief Medical Officer – Generation Genome – highlighted the vital role genetics and genomics will play in UK NHS healthcare and medicine. In this report she stated that cancer patients should be routinely offered DNA tests to help select the best treatments for them. Illumina, is a leading sequencing technology company and has a partnership with Genomics England working on the 100,000 Genomes Project. We recently spoke with Illumina’s Chief Scientist, David Bentley about his thoughts on the report and the implications the 100,000 Genomes Project may have for rare genetic diseases and cancer.

The UK Chief Medical Officer’s annual report 2016: Generation Genome, looks at how genomics can improve health and prevent ill-health. What are your thoughts on this report?

Generation Genome is an excellent concept – timely, looking to promote a unique opportunity for the UK and NHS England to continue its leadership in this area of implementing Genomic Medicine in a national healthcare context, focusing on rare genetic disease and driving towards cancer using whole genome sequencing (WGS) as a gold standard test.  There is also a strong element of work on infectious disease. The foundations for this work are firmly rooted in the UK as the sequencing by synthesis (SBS) technology was invented  in Cambridge University (UK).  The future proposals also build on another world first, the partnership of Genomics England, Illumina and others in creating the infrastructure for the first 100,000 WGS, which is already one-third complete. The report draws on a number of national experts who contributed to the report, forming a nucleus of thought leaders and managers who are committed to this work.

Your current research focuses on fast, accurate sequencing of human genomes, for adoption and benefit in healthcare. Could you tell us what implications this research may have for rare genetic diseases and cancer?

Genomic Medicine through whole genome sequencing (WGS) promises to revolutionize both rare genetic diseases and cancer.  In rare genetic diseases, although each disease individually is rare, they collectively constitute over 5% of new-borns, some of whom are admitted to intensive care and most of whom have remained undiagnosed until now.  The WGS test currently has the potential to diagnose over 50% of cases, including discovery of mutated genes previously unsuspected of disease involvement. In some cases a diagnosis is possible within a few weeks where previously the patient and family went through typically 5 years (occasionally up to 16 years) without a definitive diagnosis.  Future research in a clinical healthcare setting (such as the NHS) will lead to further discovery and further improvement in the efficiency and yield of definitive diagnoses. WGS will also have a big impact on cancer.  All cancers result from mutations in the DNA in the tumor and every cancer has a unique (and often complex) mix of mutations.

At present, most sequence-based tests involve targeted queries to establish the presence of absence of mutations in one or a few genes.  However, there is much more information in the complexity and range of mutations and most of them can be captured by the WGS test, as WGS is designed to survey the entire genome and all mutation types in every case.  Much more research is required, on large numbers of cases, in order to learn how best to interpret the genome of each cancer patient.  This “discovery” mode is a feature of the Genomics England 100,000 genomes project and also one of the goals of future work in the NHS.  The ability to analyze data aggregated from many thousands of cancer patients will empower research, discovery and the development of novel treatments in the future.

The 100,000 genomes project aims to create a new genomic medicine service for the NHS, transforming the way people are cared for. Could you tell us about Illumina’s role in this project?

Illumina is working in partnership with Genomics England on the 100,000 genomes project.  Illumina’s principal role is to receive DNA samples from the Genomics England Biorepository and carry out the sequencing and initial analysis of each genome and the results are delivered back to the Genomics England data center.  Illumina’s second role is to collaborate with Genomics England in establishing the necessary informatics analysis infrastructure to support interpretation of the genome data, utilizing both Illumina’s own software and software from other organisations.   Illumina’s third role, through collaboration, is to investigate ways of improving the workflow e.g. learning how best to process samples with very small amounts of DNA (e.g. small cancer biopsies) or DNA from samples that have been previously fixed for microscopy.  Breakthroughs include discovery of new fixatives that support both microscopy and DNA work; and validation of simple low-cost methods to preserve tissue from biopsies and resections for prolonged periods before then can be received at the processing laboratory.   Together with Genomics England, our efforts will create a robust and continually improving platform to build a new genomic medicine service for the NHS in future years.

The genomes project may indicate how cancers evolve and what treatment options certain patients will respond best to.  What are the main challenges of bringing whole genome sequencing of tumors into the clinic?

Whole genome sequencing (WGS) of tumors requires high depth sequencing coupled with the ability to detect all types of variants at low frequency.  This is needed because some cancer samples are mixed with substantial fraction of unaffected (“normal”) cells, so the variants specific to the cancer are diluted out and reading them requires a very sensitive algorithm and deep sequencing.  Many cancers are also heterogeneous: the cancer is a mixed population of cells which are continually accumulating additional somatic mutations and these more recent mutations are inevitably at a low frequency compared to the mutations that arose early in the cancer.

Another challenge is interpretation of the WGS information: the complexity of the information available for each cancer is valuable in fully characterizing the nature of the cancer in every patient, but we need to know much more about the importance of each mutation and what it tells us so that we can make fuller use of the genome information for the benefit of the patient.  This contrasts traditional tests, which search for the presence or absence of one or more well-known mutations where the information guides a particular well-known treatment or provides information to predict the progression of disease.

David is Vice President and Chief Scientist at Illumina Inc. and graduated with an M.A. in Natural Sciences from Cambridge and a D.Phil from Oxford.  During his career he has been a Senior Lecturer at London University; and later the Head of Human Genetics and a founder member of the Board of Management at the Sanger Centre.  David has played a leading role in the Human Genome Project and related international consortia to characterise human sequence variation, including The SNP Consortium and the HapMap Project. His long-term interest is the study of human sequence variation and its impact on human health and disease.  His current research is focussed on fast, accurate sequencing of human genomes for adoption and benefit in healthcare, with early applications including rare genetic disease and cancer. These applications are exemplified in the goals of the 100,000 genomes project, a partnership that includes Illumina, Genomics England and the National Health Service.