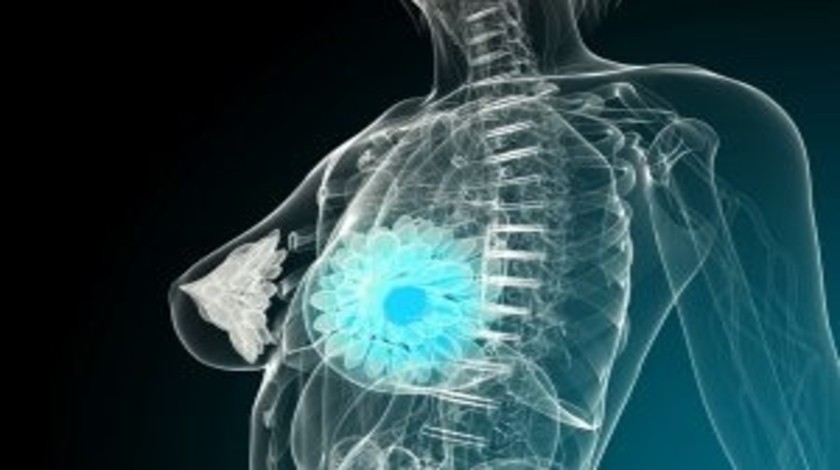 In a study published recently in Nature Communications a multi-institutional group of researchers have demonstrated that pre-invasive breast cancer cells undergo stiffening, through actin-stress fiber organization, prior to becoming malignant. The findings could help predict which benign tumors may progress to invasive carcinoma and guide novel therapeutic strategies.

Utilizing a human breast cell line with conditional Src induction, the team found that cells undergo a stiffening state prior to acquiring malignant features. This state is characterized by an accumulation of stress fibres and higher expression of EVL which organizes stress fibres leading to transient cell stiffening as well as ERK-dependent cell proliferation and Src activation – all accumulating into a transformed cellular state. The importance of these proteins for the formation of tumors was further confirmed in a Drosophila model.

First author Sandra Tavares from the Instituto Gulbenkian de Ciência (Portugal) commented: “Previously, it had been shown that cancer cell invasion requires cell softening. What we observed now is that prior to becoming invasive cells undergo a transient stiffening state caused by the accumulation of cytoskeleton fibers.”

Overall, their findings indicate that stress fibre-mediated cell stiffening could drive tumour growth during pre-malignant stages. The team hope their findings could offer novel avenues of exploration for targeted therapies.

Corresponding author Florence Janody (Instituto Gulbenkian de Ciência) concluded: “Our work adds an important piece to the intricate puzzle of breast tumor progression. Knowing what happens inside the cell before a cell becomes pre-invasive and acquires malignant features may help us predict, in the future, which tumors may result in metastasis. Also, it may help designing therapeutics better tailored for each type of lesion.”