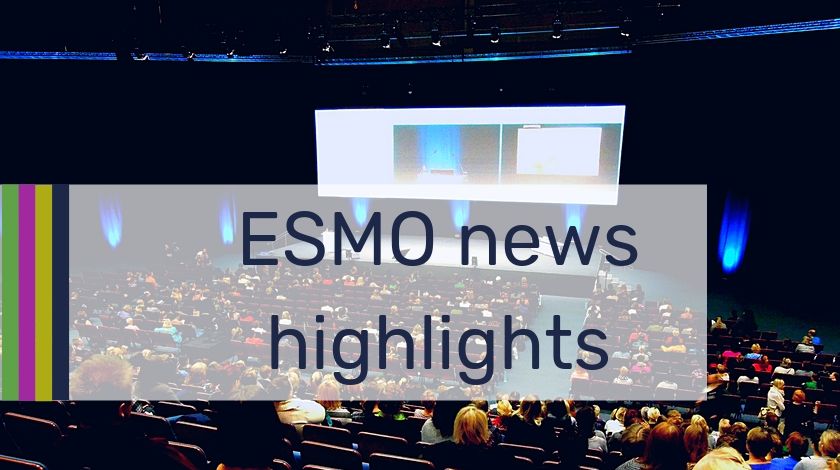 On the final day of the ESMO Congress 2019 (27 September – 1 October, Barcelona, Spain) discover the key headlines from the last press conference. You can also find out highlights from day 1 by clicking here and day 2 news here.

Data from the ClarIDHy Phase III trial has demonstrated, for the first time, that targeted therapy can improve the outcome of patients diagnosed with advanced cholangiocarcinoma. The targeted therapy in question was ivosidenib, an oral drug targeting the IDH1 mutation.

The study comprised 185 randomized patients with advanced cholangiocarcinoma and IDH1 mutations to ivosidenib or matched placebo. Median progression-free survival was 2.7 months for patients treated with ivosidenib compared to 1.4 months with placebo.

The findings have highlighted the importance of testing cholangiocarcinoma patients with an IDH-1 mutation and Abou-Alfa stated that he believes that tumour mutation profiling should be a new standard for the care for patients with this heterogeneous tumour type.

Commenting on the relevance of the new data, Chris Verslype, University Hospital Leuven (Belgium) commented: “What we see in this study is really unprecedented. We previously had no options for patients with cholangiocarcinoma who failed systemic therapy, and they had very limited survival. These are important data.”

New data from the Phase II/III BFAST trial have been presented, revealing that patients with advanced lung cancer could be offered a blood test over an invasive biopsy in order to help determine the best treatment for them.

In the cells of patients with non-small cell lung cancer, the results were reported to be successful in identifying complex DNA mutations. The technique works by detecting tiny pieces of tumor DNA that are shed from cancerous cells into the blood.

Within the trial, 2219 patients with Stage IIIB/IV untreated non-small cell lung cancer had blood-based next-generation sequencing in order to check for multiple driver mutations. The results revealed that approximately one in 20 participants had tumor DNA that exhibited a rearrangement in the ALK gene. Additionally, in individuals treated with alectinib, over three-quarters displayed no signs that the disease had progressed in the subsequent 12 months.

“Rearrangement in the ALK gene described in the BFAST study is typically difficult to detect so it is an important advance to have shown that it can be detected in the blood and used to guide ALK inhibitor treatment which has then been demonstrated to be effective in patients with this mutation,” commented Alberto Bardelli, a Professor at the University of Turin (Italy).