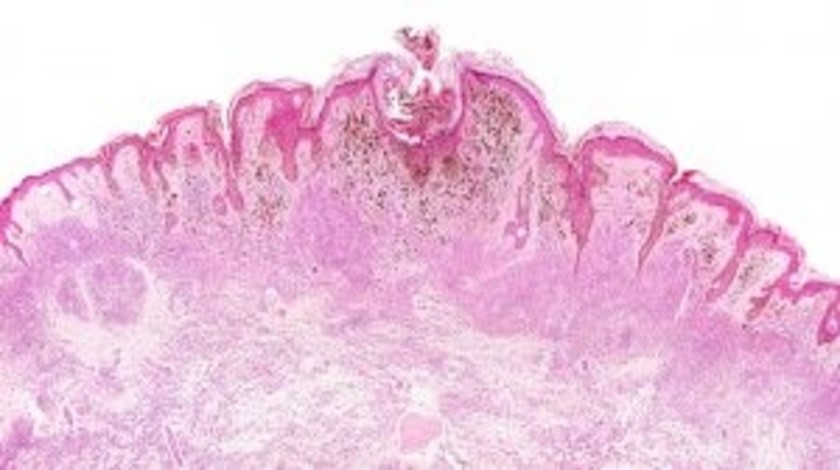 Researchers from the University of Virginia School of Medicine (VA, US;UVA) have demonstrated that an experimental cancer drug, known as pevonedistat, may have significant potential as a treatment for stopping melanoma and, perhaps, other forms of cancer. There is also indication that the drug may be effective against treatment-resistant forms of melanoma.

Although the drug is currently being tested in humans, scientists have been uncertain as to the drugs’ action and how it kills cancerous cells, particularly as it is involved in shutting down vast numbers of different cellular proteins.

The team from UVA, led by Tarek Abbas (Department of Radiation Oncology and the UVA Cancer Center), have determined that pevonedistat acts on a certain protein,  CRL4CDT2, that melanomas and other cancer types rely on for their rapid replication. By inhibiting this essential protein, clinicians might be able to stop melanoma progression.

“We think that this is what lets the cancer cells cope with the amount of replication they must undergo,” Abbas stated. “They divide in an uncontrolled fashion, and those cells that divide faster and more frequently are under tremendous replication stress, so these cancer cells needed to be able to develop a way to cope with that.”

Pevonedistat inhibits a critical protein produced by the CDT2 gene, which is also vital for the survival of malignant cancer cells. Without the protein, cancer cells are no longer able to replicate and begin apoptosis. “We have great understanding now for how the drug works,” Abbas commentated “And we think the drug works not because of its intended target, but rather because it works on [the CDT2 protein] way downstream of that.”

High levels of the CDT2 protein are produced in melanoma cells, with patients that produce these high levels less likely to survive the cancer. “These tumors, and not necessarily just melanoma, are addicted to this gene,” noted Abbas “That makes them very susceptible to the drug. In fact, we showed that melanoma cells that have higher levels of expression of CDT2 are much more susceptible to the drug.”

Excessive amounts of the protein are also detected in various other tumor types, including brain, breast and liver tumors. It is hoped that clinicians could potentially use the protein levels as a marker for disease prognosis.

Whilst the efficacy and safety of pevonedistat in people is currently being tested and the drug itself is not currently available as a treatment for melanoma, Abbas is optimistic based on his findings, despite not being involved in the drug testing.

“We have great hope that this drug will have very significant impact on melanoma in general… In fact, the drug is very effective on all melanomas, including those for which an effective therapeutic is lacking,” he said. “We actually show this drug can work on melanoma that resisted treatment, which is a major challenge in melanoma therapy… If approved by the FDA and it moves forward, this drug could potentially be a good second-line therapy for those patients that fail initial treatment,” Abbas concluded.