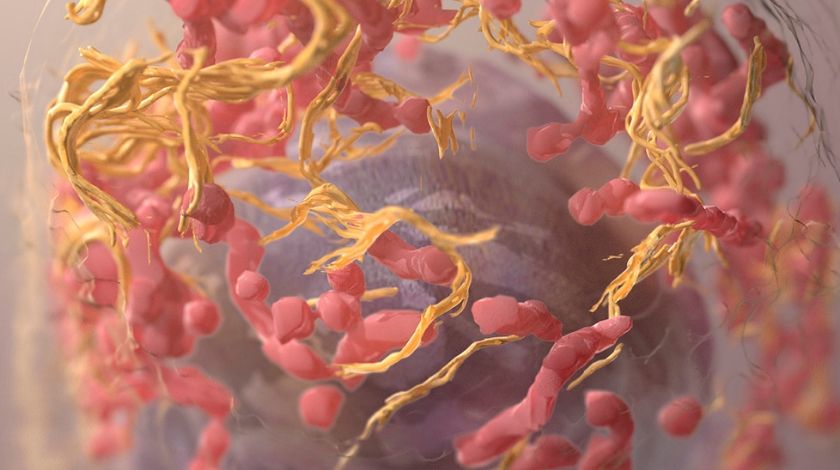 A potential melanoma vaccine has been developed as a fast-acting skin patch that efficiently delivers medication to attack melanoma cells. Recently presented at the American Chemical Society (ACS) Fall 2019 National Meeting and Exposition (25–29 August 2019, San Diego, CA, USA), the device is an advancement towards developing a vaccine to treat melanoma and has the potential for widespread applications for other vaccines.

Researchers at the Massachusetts Institute of Technology (MIT, MA, USA) have designed a novel pH-responsive polymer with two parts. “The first part contains amine groups that are positively charged at the pH at which we make the microneedles, but that become neutral at the pH of skin,” commented Yanpu He (MIT).

He continued: “The second part contains carboxylic acid groups with no charge when the microneedles are made, but which become negatively charged when the patch is applied to the skin, so there is an overall change in charge from positive to negative.”

We are using low-cost chemistry and a simple fabrication scheme to transform vaccination.

The researchers vaccinated mice with the patches, using chicken ovalbumin as a model antigen, and compared the results with intramuscular and subcutaneous injections. The findings demonstrated that the microneedle treatment produced nine times the antibody level compared to intramuscular injections and 160 times the antibody level compared to subcutaneous injections. Efficient immune activation in surgical samples of human skin was also demonstrated.

Paula Hammond (MIT) commented: “Our patch technology could be used to deliver vaccines to combat different infectious diseases. But we are excited by the possibility that the patch is another tool in the oncologists’ arsenal against cancer, specifically melanoma.”

To construct a melanoma vaccine, the researchers developed an antigen that includes a marker frequently overexpressed by melanoma cells, as well as an adjuvant, which creates a generalized danger signal for the immune system and boosts its response.

In living mice, these cells could, in turn, migrate to the lymphatic system and recruit other immune cells to attack the melanoma tumor. The researchers now plan to test the patches on melanoma tumors in mice.

“We are using low-cost chemistry and a simple fabrication scheme to transform vaccination,” Hammond concluded. “Ultimately, we want to get a device approved and on the market.”

What are the current treatment options for melanoma?

Treatment options for melanoma are dependent on the stage at which the melanoma is detected, e.g. if the disease is detected in its early stages then the tumor can be removed during surgery. However, if it has metastasized to locations such as the lymph nodes then treatment options can include radiation, immuno-oncology, targeted therapies and more invasive surgery.

Which immunotherapies are approved for the treatment of melanoma?

At present there are seven immunotherapy options that are approved by the US FDA; Yervoy (ipilimumab), Opdivo® (nivolumab), a combination of nivolumab and ipilimumab, Keytruda® (pembrolizumab), Proleukin® (aldesleukin), Intron A® (Interferon alfa-2b) and Sylatron®/PEG-Intron® (Peginterferon alfa-2b). An oncolytic virus therapy, termed T-VEC is also approved for some patients with advanced melanoma – find out more about T-VEC in our exclusive interview with Kevin Harrington (The Institute of Cancer Research, London, UK).

In the UK, a few of the immunotherapies mentioned above are also recommended by NICE. These include nivolumab and pembrolizumab as well as talimogene laherparepvec.