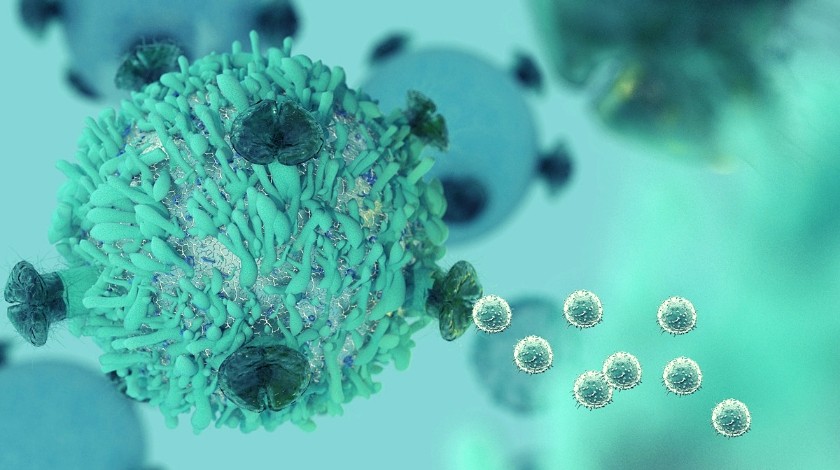 The findings of the Phase I/ III double-blind randomized trial – termed IMpower133 – were recently published in the New England Journal of Medicine.

The median overall survival of ES-SCLC patients is approximately 10 months, and the cancer has a high rate of mutation, inferring that it could be immunogenic. However, a previous Phase III study involving ipilimumab plus chemotherapy demonstrated no improved efficacy. Approximately 60% of lung cancer cases are only diagnosed when the cancer reaches an advanced stage, and over the last two decades little therapeutic progress has been made.

IMpower133 involved 403 chemotherapy-naïve patients and the end-points were OS and PFS. The monoclonal antibody atezolizumab plus chemotherapy (carboplatin and etoposide) was administered to 201 previously-untreated ES-SCLC patients in 1200 mg doses, intravenously, on day 1 of the four 21-day cycles of the trial.

Meanwhile, 202 patients received placebo plus chemotherapy in an identical fashion. Once the cycles were complete, a maintenance phase of atezolizumab or placebo was continued until progressive disease, respectively. Whilst prophylactic cranial irradiation was allowed during the maintenance phased of the trial, thoracic radiation was not.

“The results with this Tecentriq combination in the initial treatment of extensive-stage small cell lung cancer represent the first clinically meaningful advance in the disease in over 20 years,” explained Sandra Horning, Chief Medical Officer and head of Genentech’s Global Product Development.

Atezolizumab inhibits PD-1 and PD-L1-B7-1 signaling, thereby enhancing T cell immunity. It is thought that the success of this combination might be due to the maintenance of intratumoral T cell levels throughout chemotherapy, although this hypothesis would require further confirmation. Future trials comparing checkpoint inhibition therapies to cytotoxic therapies could further increase overall survival for ES-SCLC.

“Our goal is to find treatment options for all types of lung cancer,” concluded Horning, “We are eager to work with global health authorities to bring this Tecentriq regimen to people living with this particularly difficult-to-treat form of lung cancer as soon as possible.”