22 May 2018 Hematologic | In focus: hematologic malignancies | News | Prevention and screening 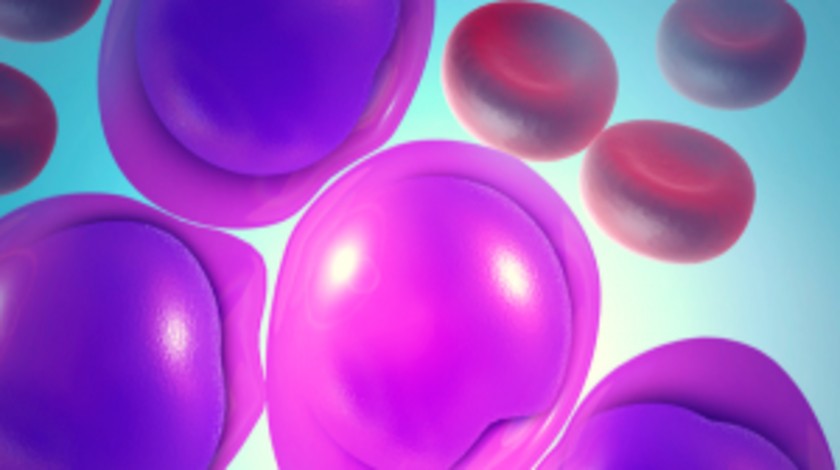 A landmark paper has outlined, for the first time, a possible cause of most cases of childhood leukemia, following more than a century of controversy about its origins.

The findings, published recently in Nature Reviews Cancer, comprised more than 30 years of research conducted by world-leading biologist Mel Greaves (The Institute of Cancer Research, London, UK) and his colleagues from across the globe.

In this study, the team of researchers assessed the most comprehensive body of evidence ever collected on acute lymphoblastic leukemia (ALL).

They discovered that ALL arises through a two-step process of genetic mutation and exposure to infection, which means that it may be preventable with treatments to stimulate or ‘prime’ the immune system in infancy.

The first step involves a genetic mutation that predisposes children to leukemia, this mutation occurs in the fetus. However, only 1% of children born with this genetic change will go on to develop the disease.

The second step is triggered in childhood when the child is exposed to one or more common infections, primarily in infants who have experienced ‘clean’ childhoods in the first year of life without much interaction with other infants or older children.

Greaves also conducted studies on identical twins with ALL and demonstrated that two ‘hits’ or mutations were required. The first arises in one twin in the womb but produces a population of pre-malignant cells that spread to the other twin via their shared blood supply. The second mutation arises after birth and is different in the two twins.

Population studies in individuals together with animal experiments suggest this second genetic ‘hit’ can be triggered by infection. In one unique cluster of cases investigated by Greaves and colleagues in Milan, all cases were infected with flu virus.

Researchers also engineered mice with an active leukemia-initiating gene and discovered that when they moved them from an ultra-clean, germ-free environment to one that had common microbes, the mice developed ALL.

The population studies also highlighted that early exposure to infection in infancy such as day care attendance and breast feeding can protect against ALL, most probably by priming the immune system. This suggests that childhood ALL may be preventable.

“This body of research is a culmination of decades of work, and at last provides a credible explanation for how the major type of childhood leukemia develops. The research strongly suggests that ALL has a clear biological cause, and is triggered by a variety of infections in predisposed children whose immune systems have not been properly primed,” Greaves explained.

“The most important implication is that most cases of childhood leukemia are likely to be preventable. It might be done in the same way that is currently under consideration for autoimmune disease or allergies – perhaps with simple and safe interventions to expose infants to a variety of common and harmless ‘bugs’,” Greaves concluded.

Greaves emphasizes two caveats. Firstly, while patterns of exposure to common infections appear to be critical, the risk of childhood leukemia, like that of most common cancers, is also influenced by inherited genetic susceptibility and chance. Secondly, infection as a cause applies to ALL specifically – other rarer types including infant leukemia and acute myeloid leukemia probably have different causal mechanisms.