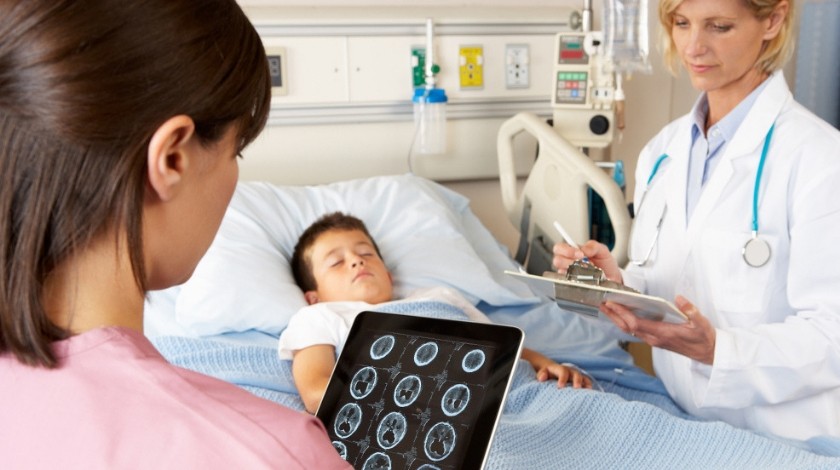 An international study, led by a team at The Institute of Cancer Research (London, UK), have reported that children with incurable brain tumors could benefit from a potentially life-extending treatment, if genetic testing is utilized to personalize their therapy.  This personalized treatment has previously only been used in adults.

Increasingly, treatment of adult cancers is progressing using genetic testing, but children’s cancer treatment has not seen the same advancements. The new research, recently published in Cancer Cell, demonstrates the benefits of testing children for genetic mutations in their tumors to make sure they receive the treatment most likely to be effective.

The team aimed to analyze the DNA of children taking an adult cancer drug in a clinical trial thought to have previously failed. The previous trial compared Avastin® (bevacizumab), combined with standard treatment of Temodal® (temozolomide) and radiotherapy, with standard treatment alone in 121 children (aged three–18) with high-grade brain tumors. Overall, children did not benefit from the addition of adult cancer drug Avastin -a drug that works by blocking a tumor’s blood supply and drawing the immune system to the cancer.

This new research discovered children from the previous trial who possessed mutations in the MAPK network of genes actually benefited from the treatment Avastin alongside standard treatment. A proportion of these children were also reported to have survived more than a year longer than others in the trial.

Avastin also appeared to cause an increase in immune cells, specifically killer T cells, infiltrating the tumor site to help destroy the tumors.  This could increase the chances of these children benefiting from immunotherapy in the future.

The researchers now hope to confirm the findings in a clinical trial set up specifically to test the effectiveness of Avastin in children with mutations in the MAPK gene network. If successful, it has the potential to be a whole new treatment option for a disease with, currently, very few effective therapies.

Paul Workman, Chief Executive of The Institute of Cancer Research, concluded: “We’ve seen dramatic progress in the treatment of adult cancers, through advances such as the introduction of targeted therapies and more recently immunotherapies. But that progress hasn’t yet been matched in children. This exciting research is giving us the tools to personalize treatment for children with brain cancer. It’s vital that we take advantage of advances in research by improving children’s access to genetic testing and clinical trials, so every child has the best possible chance of receiving a drug that may work for them.”